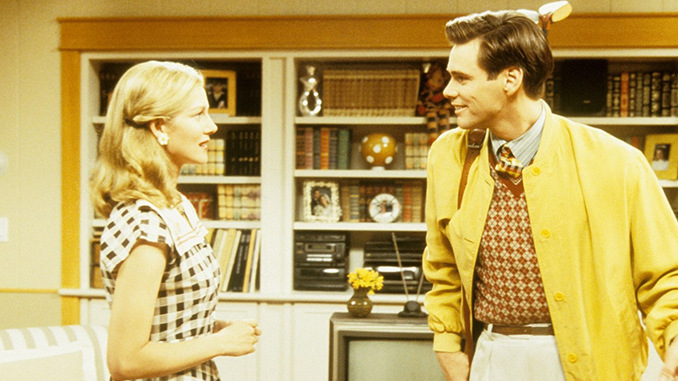 Have you ever wondered what it would be like to live in a world that is “always on”?

Lately I’ve been thinking more about the movie where Jim Carrey is born and raised in a fake world, and his life is broadcast 24/7. The film is called “The Truman Show“. All the people he knows are pretending, acting in his life drama. It’s all he’s ever known, so it’s “his world”.  Ed Harris, who plays the director, sums it up: “While the world he inhabits is counterfeit, there’s nothing fake about Truman himself.”

The Truman Show was made in 1998, and pretty much predicts what we now call “lifecasting”.  Maybe they weren’t so far off in their vision of what people will watch. No matter your opinion of quality or taste, “Big Brother” and the other Reality TV shows rose in popularity pretty quickly. It’s human nature to want to see how others live their lives.

Of course, there is always an upside. I love to see how people use products like Wirecast, and what new areas are being explored. In 2009, The Exploratorium created “Ice Stories: Dispatches from Polar Scientists”  and used Wirecast as their broadcast studio in Antarctica.

This idea of broadcasting anywhere/anytime is not new, but it’s an issue that has risen to the surface with the recent riots in London. Police in Britain use 1000’s of surveillance cameras. The proliferation of cameras has not made us feel safer, but more vulnerable. This insecurity comes from not knowing who is actually seeing these images, and what they might be used for.

Ironically, a new UK film short shot earlier this year called “Stand Your Ground” explores this idea further. Six photographers (with videographer in tow) walk around London and are accosted for photographing in public places. It raises the ire of building security personnel who are sure they are in the right. It also shows how our rights have been eroded by private interests, when “security” is used as a big stick to restrict movement and activity.  It reminds me of a photo shoot I did in 1996. I shot 10 or so commercial and industrial buildings in the US for a construction company. At the time I didn’t give the least thought to photographing anything from the public space, which included hovering over downtown Portland in a helicopter to capture a skyscraper.

I bring this up not to raise questions about the technology – technology is neither good nor bad, it’s just a tool –  but to help us think deeply about issues of private and public data, whether it’s in our own best interest or our company’s to put up information in a Twitter stream or a photograph. There are laws that protect both the regular citizen and companies, but in this age of over-regulation, do we really want the bar set that low? Remember, what is placed in the social media streams becomes public. And that fact alone means we can and do erode our own privacy bit by bit, our “lives” tossed around and carried along for the ride, wherever it might take us.

As was said in Stand Your Ground, and summed up by one of the photographers: “There should be a degree of common sense applied here, this is, after all, a public space.”  These are wise words.  If, in fact, the web is a public space, how does that affect what we put there for all perpetuity? Does that thought make you pause before you say something and post it? What are your thoughts about privacy and what defines private and public, and what crosses the line?