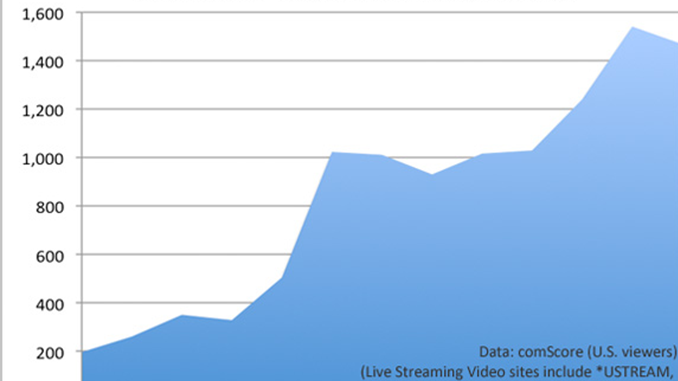 I recently tweeted that according to comScore, Minutes of Viewed Live Stream Video have grown by 600%. Six hundred percent. I wish my stock portfolio had that kind of growth. Seriously though, it just shows how important this whole live streaming space has become. And just as you thought, time for the big boys to get in the game.

Google just announced YouTube’s online test that will wrap up tonight for a new live streaming service, yes its very own. This small test is an alpha that a few streaming partners are participating in, namely Rocketboom, Young Hollywood and Howcast, among others. TechCrunch also had more to say on the announcement. Makes you wonder what Ustream, Livestream and Justin.tv are thinking right now. Yep, they are all Telestream Wirecast partners. Are we watching this closely? You bet.

It reminds me of the internet in the mid-90’s. I was there watching, like some of you, as companies like Yahoo, Amazon and others skyrocketed in popularity. Some of us rode that wave well, and some didn’t. But this time around, the wave is a different kind. And I predict this is just the beginning of the set.

What do you think, is the industry maturing more rapidly this time, or are we in the equivalent of 1997 right now?