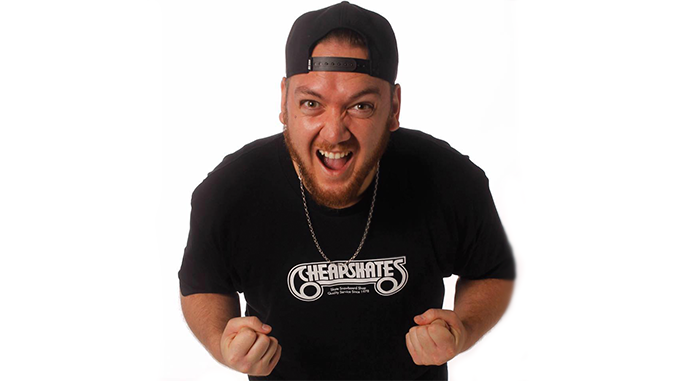 Ricki Prime, one of New Zealand’s most charismatic talk show personalities, recently returned home after a three-month stint in the US. During this time he worked with Enlightened Audio Visual in their studio, “the #Brandroom” streaming live shows and events to Facebook Live and other social media platforms.

Now Prime broadcasts his own live show, “Ricki Prime Live” from his hometown in New Zealand. His show attracts a diverse international following with the strongest market US women ages 18-24.

Prime started his streaming career as a gamer broadcasting on Twitch.tv – where he experienced fast success reaching over 4,000 followers in just four months. Wanting to expand and build his brand, Prime started experimenting with different live streaming platforms until eventually choosing Wirecast. Prime says ease-of-use was his main reason for selecting Wirecast to broadcast his weekly talk show.

“Once you learn how to use Wirecast 7 not only is it easy to use, but in the case you have left something out or have to quickly adjust something it’s simple. Plus, the fact that you can link in as many Facebook accounts as you like,” said Prime.

With several new projects in the works, Prime is focused on building his social following using live streaming as a way to reach his audience.

Ricki’s studio setup consists of a Logitech c270hd webcam, EVGA GTX770 GFX, 3.2GHz 8 core Bulldozer processor, and a msi 970 Gaming motherboard with 32mb of RAM. He uses a couple of house lamps with soft white bulbs for lighting and recently added some customization to his background adding his Ricki Prime logo.

To learn more about Wirecast visit our website or join us for our weekly WirecastLive show every Thursday at 2:30 PM PDT.